Are you getting this message on your Avaya Partner Phone Display?

Is your phone Displays ReplaceSysBat W/Power On Avaya Partner ACS

IMPORTANT NOTE:  If you’re receiving this message – It is highly likely your system has LOST Programming or could lose program as the result of power failure.  ( Tech recommend) 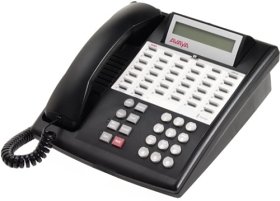 5. Insert two new AAA-size standard alkaline batteries into the metal battery clips by pushing them straight in, placing the negative (-) end of one battery into the bottom clip and the positive (+) end of the other battery into the top clip.

9. If the alarm is still present verify the battery contacts are clean and batteries are good and installed correctly, using a pencil eraser on the contacts will clean and corrosion. If the alarm cannot be cleared a technician will need to be dispatched to replace the processor module.

The following are the part numbers for the different Partner ACS Processors.